Top Universities to Study in Canada

Top Universities to Study in Canada 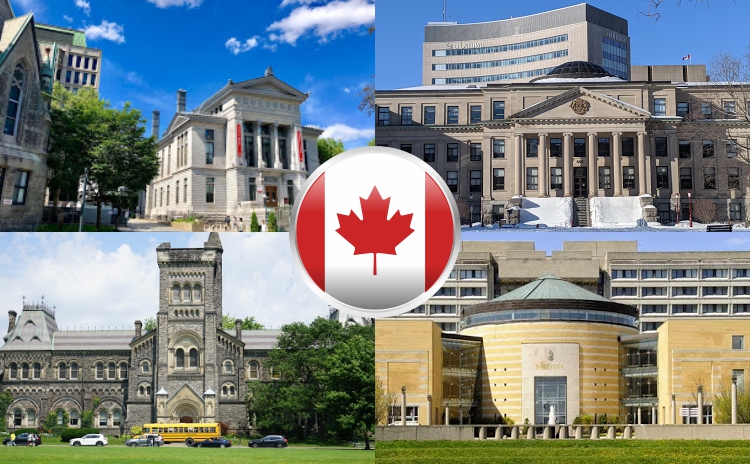 Similarly, THE World University Ranking of 2020 included 35 universities of Canada amongst the total institutions included in the list. Out of these 35 universities, 5 were in the top 100.

Following are the top universities of Canada that a study abroad aspirant can consider:

Located in Kingston, Ontario, Queen’s University comes 9th in Canada this year, after dropping seven places in the world rankings to joint 246th. The university performs exceptionally well in the employer reputation indicator, where it ranks 99th worldwide.Queen’s holds more than 1,400 hectares of land throughout Ontario and owns Herstmonceux Castle in East Sussex, England.

Western University climbs eight places in the world university rankings this year to reach joint 203rd.Students at Western University can choose from over 400 undergraduate programs, which enables students to tailor their learning to their personal strengths, interests and career ambitions. At Western University, students will learn from nationally and internationally renowned professors and researchers. Students are also able to experience a wide range of curricular and co-curricular activities, both at the University and in the community.

The University of Waterloo ranks joint 166th in the world rankings in 2021, performing well in the employer reputation indicator, where it places 85th worldwide. As one of Canada’s top innovation universities, the University of Waterloo offers programs in business, engineering, health, humanities and social sciences, the environment, math, and science. Waterloo is also home to the world’s largest paid co-operative education program. Students will alternate school and paid work terms with the University of Waterloo’s network of 7,100 employers, including many of the world’s top brands. Students will gain up to two years of relevant experience before starting their career.

The international faculty indicator is where McMaster University earns its highest ranking, placing 144th in the world. The university is located in Hamilton, Ontario and is best known for its prestigious medical school.

Overtaking the University of Alberta this year to steal fifth place in Canada is Université de Montréal. A French language public research university in Montreal, the university was founded in 1878 and has over 67,350 students including 10,000 international students.The university is affiliated with two other schools: Polytechnique Montréal, an engineering school, and HEC Montréal, a business school. The university and its affiliated schools are located in Montreal, Quebec – one of the most populous metropolitan areas in Canada. Around one-fourth of the student body across all three institutions studies at the graduate level.

The top university in Canada once again this year is the University of Toronto in joint 25th worldwide. The university proudly boasts to be one of the world’s top research-intensive universities, driven to invent and innovate. UToronto, as it is famously called is a public research university in Toronto, Ontario, Canada, located on the grounds that surround Queen’s Park.